Blueprint: Film Foundation were invited to the University of Lincoln to train students in various feature film making skills.

The workshops were as follows:

DIRECTING ACTORS – Darren Bolton
Coming from an acting and theatre background, Darren has always put the relationship with the actors as the most important aspect of the work. Using professional actors, this workshop looked at this relationship, methods of work, what is expected of the director and practical opportunities to develop skills.

SCRIPT DEVELOPMENT WITH ACTORS – Darren Bolton & Emily Bignell
In this session students worked with writer/director Darren Bolton and Producer Emily Bignell to investigate practical ways of developing script in a studio environment. This included a range improvisation techniques and how to utilise the skills of professional actors for character and dialogue development. 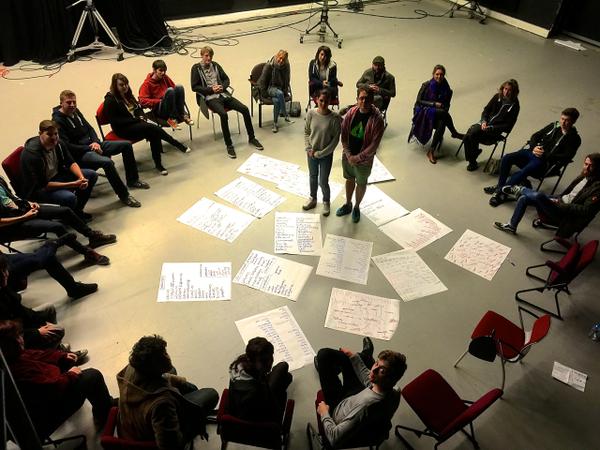 EDITING FEATURE FILMS – David Brook
In this practical editing workshop students were tasked with some editing challenges, working in small teams to edit together short sequences to a deadline. The difference the editor can make to a scene was discussed towards the end of the session as everybody’s work was compared and critiqued.